【The Guardian】Period of change: the women fighting to break Hong Kong’s menstruation taboo

【The Guardian】Period of change: the women fighting to break Hong Kong’s menstruation taboo 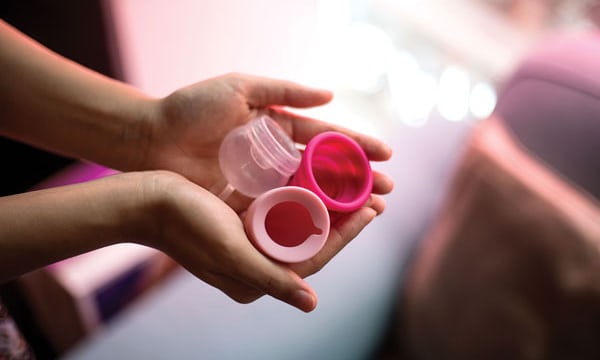 In a sex-toy shop nestled in the hustle and bustle of Hong Kong’s Causeway Bay, a quiet revolution is taking place.

Amid the usual paraphernalia you might expect on the shelves of Sally’s Toys is a stack of menstrual cups, a clue to the outlet’s second life. Once a week, the shop hosts education sessions for women on a taboo subject: periods.

Miki So, 24, is the brains behind the menstruation information sessions at Sally’s.

After spending hours educating women one-on-one about menstruation, their bodies and the menstrual cup in the store, So decided that developing a workshop would make more sense.

“Hong Kong females, they don’t tend to share their personal experiences with others, which is [typical] in Asian society … they always cover what they feel or what they want to say,” she says.

“In the workshop you can feel they have many questions they want to ask, but they don’t have the platform for them to voice these, so at the workshop they can talk about the things they can’t in daily life.” 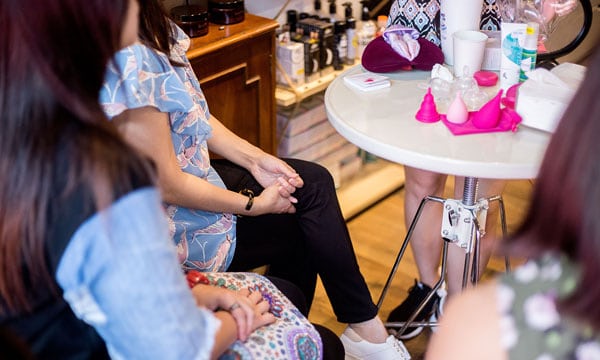 For women in Hong Kong who have periods, the options are slim. Most pharmacies, department stores and supermarkets offer a great wall of sanitary pads, while tampons and other options are typically unavailable or less visible.

Although tampons are available online, they remain uncommon. Also barely visible is any discussion around menstruation. But growing numbers of young women are attempting to change this.

With women in Hong Kong typically working long hours (Hong Kong has the longest working week of any country in the world), the fear of toxic shock syndrome can be a deterrent from using tampons, So says. This has resulted in women seeking alternative sanitary products, such as the menstrual cup.

‘When I had my first period, I thought I was going to die’

The workshops, which are held in Cantonese, sometimes see self-conscious women donning disguises such as large hats and medical-style face masks as they make their way to the sessions. Nevertheless, the number of attendees, aged between 18 and 50, has been increasing.

So is acutely aware of the stigma that exists around menstruation – both through the women she encounters and her own experiences.

“When I had my first period, I thought I was going to die,” she recalls.

“Because my mother didn’t teach me … then my first period was a very light flow – so I thought it was like a disease or something. I put tissue paper into my panties … then my mum found out there was blood on my trousers and she said ‘that is your period and here is a pad’, and then nothing.”

So is not alone in her quest to normalise menstruation in Hong Kong. Two sociology graduates from the the University of Hong Kong, Jessie Leung and Joyce Fung, both 22, are the founders of a Facebook page called MenstruAction. The site’s mission states: “Join us to challenge the menstrual status quo of shame, silence and secrecy. Love it and embrace it.” 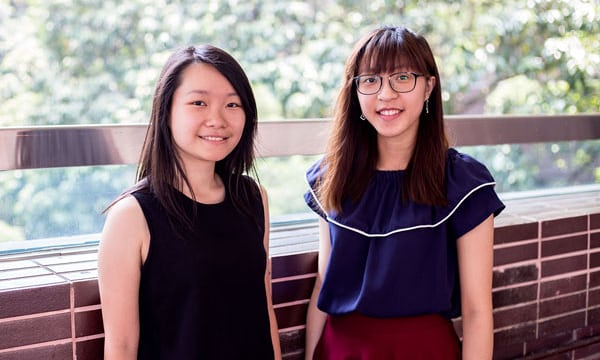 The page is a result of the women’s research project. While classmates were studying more traditional topics such as minorities within Hong Kong, Fung and Leung saw the project as an opportunity to encourage cultural change.

MenstruAction’s message is that women in Hong Kong should be aware of all the options and ought to have the freedom to explore them. They also want to challenge the stigma that surrounds this topic.

Both graduates say menstruation in Hong Kong remains taboo. According to Chinese traditions, women are not able to visit temples when they have their periods. They also cannot burn incense. Leung says traditionalists often “think menstruation is dirty”.

For young women who grow up within traditional families, the lack of openness about periods produces a sense of shame.

“If a mother does not talk about menstruation to her daughters, it becomes a taboo,” Fung says. She has challenged this dynamic by bringing the conversation into her home, and discussing it openly with both her parents.

‘Seventeen or eighteen – that was my first time knowing tampons’

Currently, sex education is not mandatory in schools in Hong Kong. When Fung was at school, as a form of sex education, she and her classmates received a visit from a sanitary pad company.

“The discussion about menstruation was by the menstro pad company. They went to our schools and then they gave out menstro pads. The boys and girls were separated.

“They would say ‘OK, you’ve started bleeding, this is what you should use’. It was kind of a dictatorship,” Fung says.

So had a similar experience. After a brief school discussion about contraception and sexually transmitted diseases, girls and boys were separated before lining up in the fitting room to receive sanitary pads.

“Seventeen or eighteen – that was my first time knowing tampons,” she says.

So says quality sex education and a normalised view of human reproduction and menstruation is something she wants to see. In her spare time, she also works for NGO Sticky Rice Love, an online sex education platform that promotes educational resources for young people.

Fung and Leung say talking openly has already helped enlighten some of their friends and allay concerns about insertion-based methods, such as the menstrual cup.

“Still a lot of people don’t know about it and have many misconceptions towards the cup, they say it’s not very hygienic … A lot of our friends even questioned ‘how do you pee when you use the menstro cup?’ They don’t know your vagina and urinary tract are two different organs,” Fung says.

“So we start from these types of questions, we clear these misconceptions, and that’s how these kinds of ideas get more and more accepted.”

Original published on The Guardian: